Puberty is the time in a person’s life when their sexual and reproductive organs mature this means their body becomes capable of creating babies. Long before any outward changes happen, special hormones begin to be produced inside the body of both girls and boys. These hormones affect many different things, including sexual development and growth. With girls, puberty will start around age 11. A physical change will become obvious between the ages of 11 and 14. During this age, girls experience a change in height, widening of hips, development of breast hair growth around pubic area and underarms, vaginal discharge, beginning of menstrual periods, and period pain. 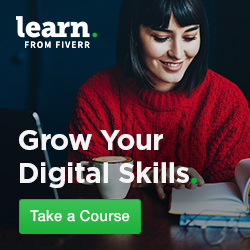 Boys enter puberty a little later than girls. Puberty starts around age 12 but physical changes are mostly not visible until age 13 to 16. The changes for boys include: Change in height and muscle mass, increase in the size of testicles and penis, hair growth in the pubic area, legs, underarms on the face, voice change, the ejaculation of semen during sleep also known as wet dreams unwanted erections and breast changes. While these are average ages for puberty everyone’s body is different and changes might happen at different ages.

Most changes that happen during puberty are physical, but a person will also experience many emotional changes. These include but are not limited to: coping with a person changing body, frustrations of feeling different, mood swings and energy changes. childhood obesity is known to start puberty earlier for girls at age 13 both boys and girls are around the same height and same weight. At age 15 an average girl will be 5′ 3.7″ inches tall and weigh 115 pounds a boy at the same age will be 5′”7 and will weigh 124 pounds at the age of 18 an average girl will be five-feet 4.2 inches tall and will weigh 128 pounds.

While a boy will be five feet 9.5 inches tall and will weigh 148 pounds a recent study shows that girls that start puberty earlier also more likely to become sexually active sooner than their peers.

Acne is a very common condition which teens struggle with during puberty. Teens get acting because of the hormonal changes that come with puberty. Teens whose parents had acne are more prone to have acne themselves. About eight out of 10 people will have acne for most people acne goes away almost completely by the time they’re out of their teens.

Which Is More Successful Hollywood or Bollywood ?